Come September 16, 2022, Little Big Town will release their tenth album release, Mr. Sun, via Capitol Records Nashville. The album, which features 16 tracks, was mostly co-written by the band through the pandemic, the first time in their 20 year journey as a band that they were off the road and separated like this. It was an introspective period of creativity where their bonds actually grew stronger and resulted in this, their self-produced Mr. Sun.

“Mr. Sun is intentionally an emotional record that holds hands well with our last album Nightfall,” LBT’s Karen Fairchild shares. “Mr. Sun is focused on better days ahead, the value of friendships and family; it touches on heartbreak and letting go, but it’s full of sunshine and joy.”

"This album has a special feeling to it. We have collectively been through an unprecedented period making this album,” adds LBT’s Phillip Sweet. “Life is short; we are here to live it with the ones around us, loving them and ourselves the best we can. All the while, thankful for another turn around the sun."

13 of the 16 tracks on Mr. Sun were written or co-written by the band with the title track, “One More Song,” and “Different Without You” the only outside songs for this project. Don’t fear fans of Little Big Town interpretations of Love Junkies songs, there is another pair of them on the record (co-writes with Karen Fairchild and Kimberly Schlapman), along with co-writters like Shane McAnally, Foy Vance, Luke Dick, Jesse Erasure, Tyler Hubbard, Tofer Brown, Madi Diaz, and Sara Haze.

The album’s lead single, the Phillip Sweet-fronted “Hell Yeah,” is currently rising up the radio charts while “All Summer” and, come Friday, “Rich Man” (solely written by Jimi Westbrook), are available from the project. Below is the tracklist and cover art for the album along with collaborating songwriters. 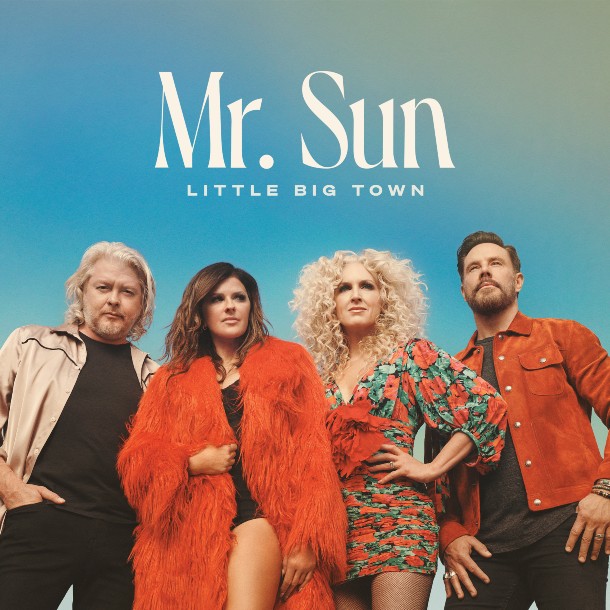