In this new feature, we explore five of our favorite things in country music right now. In this case, five of the best albums released so far in 2015.

We've passed the 1/3 mark of the year 2015 so with that in mind, we've created our Five Favorites feature to showcase five albums we just can't get enough of in 2015. These albums are presented in no particular order. They're just five of our favorite albums released in the first four months of 2015. 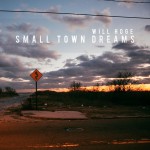 Will Hoge's second album with major country market influences is a delightful release with the kind of sturdy songwriting that helped his "Even If It Breaks Your Heart" become a hit for Eli Young Band and "Strong" a part of a national campaign for Chevrolet trucks. Now with Small Town Dreams, the talented vocalist showcases why he should score more radio airplay with his 11 tracks on the album. Standouts include "Just Up The Road," "Guitar Or A Gun," "Growing Up Around Here," "Middle of America" and "Til I Do It Again." 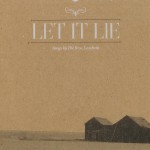 The talented Canadian band blends country, rock and folk influences quite well on their debut album Let It Lie, which was produced by Murray Pulver. There's a sense of Neil Young meets Diamond Rio harmonies while the guitars and vocals throughout the project are amongst the best you'll possibly hear on any record released in 2015. They're not in the mainstream but their music easily could be. The Bros. Landreth (Joey and David) have crafted great songs that matter. "I Am The Fool," "Our Love," "Where Would We Be," "Tappin' On The Glass" and "Made Up Mind" are some of the best tracks on the record. 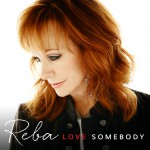 For her first album in five years, Reba McEntire returns with one of the most diverse albums of her career. There's literally something for everybody on the album. "Enough" (with Jennifer Nettles) is like a sequel to "Does He Love You" while powerful ballads "Love Land," "I'll Go On," and "That's When I Knew" are joined by the stunning "She Got Drunk Last Night" and "Just Like Them Horses." Radio-ready mid-tempos like hit single "Going Out Like That," "Promise Me Love" and "Love Somebody." "Livin' Ain't Killed Me Yet" and "Until They Don't Love You" are also very great songs. This album is, as we stated in our review, the most "Reba" album Reba has released in perhaps two decades. 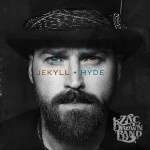 What's there not to like about this album? Sure, it may not be the same as The Foundation or You Get What You Give but Zac Brown Band has always been a band which operated outside of the constraints of a band tied down to one sound or style of music. They explore multiple genres and sounds on the aptly titled Jekyll + Hyde with great success, particularly on the soulful "Loving You Easy," the rockin' #1 hit "Heavy Is The Head," pop radio ready "Beautiful Drug" and "Tomorrow Never Comes" while showcasing their jazz bonafides on "Mango Tree," a song featuring Sara Bareilles. Their beach-y history is explored on "Castaway" while soul pop is explored on "One Day." As great as these songs are, "Remedy," the #1 "Homegrown," "Dress Blues" and "Wildfire" stand out as amongst the best with "I'll Be Your Man (Song For A Daughter)". This is easily the best album of the band's strong career to date. 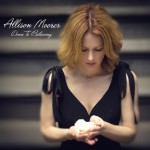 The talented singer/songwrtiter explored the changes in her life over the past couple of years. These include divorcing Steve Earle (still untangling from that) and the Autism diagnosis of her young son. The latter one is explored on the brilliant "Mama Let The Wolf In." "Ain't Ever Gonna Be Like It Used To Be" showcases her powerful vocals and set the album (produced by legendary guitarist Kenny Greenberg) on a roll that can only be explored by listening to the collection from front to back. Radio should want to play stuff from this record but they won't ("Thunderstorm/Hurricane" among them). "Wish I," "Blood," "Gonna Get It Wrong" and the title track are amongst the best songs on a very strong album, one that's her best since her debut Alabama Song from the late 1990s.